In the late 1980s, visionary leaders from the National Crime Prevention Council an 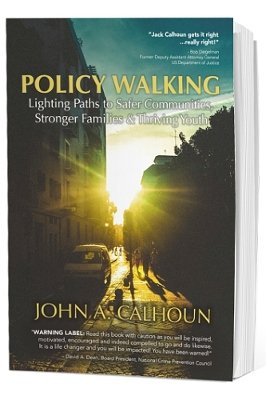 d the Lilly Endowment offered the communities and youth of Indiana an incredible opportunity in the form of a new service-learning grant program. Evansville was the last pilot site chosen for the Youth as Resources grant program, rounding out a trio that included Fort Wayne and Indianapolis.

Youth as Resources in Evansville was lucky to be placed in the hands of Phyllis Kincaid, who incorporated Youth Resources of Southwestern Indiana, Inc. in 1987. The next year Phyllis helped a group of twelve young people convene the Teen Advisory Council (TAC) and four years later she guided a leadership team of high school students as they planned and implemented the first TEENPOWER conference. The rest is history.

Youth Resources has served over 149,000 youth over the past 29 years through TAC, TEENPOWER, those same service-learning grants, now called Make A Difference Grants, and Vanderburgh County Teen Court. If it wasn’t for the leadership of Jack Calhoun at the National Crime Prevention Council and Willis Bright at the Lilly Endowment, those 149,000 youth wouldn’t have had the incredible leadership opportunities and service experiences that they were offered through Youth Resources – life-changing opportunities that have generated powerful community servants who continue to serve in our community, our state, our nation, and abroad.

Calhoun now operates his own nonprofit, Hope Matters, out of Virginia, and has just released a new book, “Policy Walking: Lighting Paths to Safer Communities, Strong Families & Thriving Youth,” that “spotlights programs from across the nation that promised better futures for vulnerable children, youth and families and the fragile communities in which they live.”

Youth Resources is featured in a chapter titled “The Overlooked Partner: Youth as Resources.” We know that partnering with young people is the most powerful tool we have, as Calhoun writes, “to restore fragile communities, pull youth back from the edge, support vulnerable children and their families, and help build communities that don’t produce crime.”

Check out “Policy Walking” on Amazon, and do something to empower a child today. Empowered young people will change the world, guaranteed.

Laura Ferguson is the Executive Director at Youth Resources.