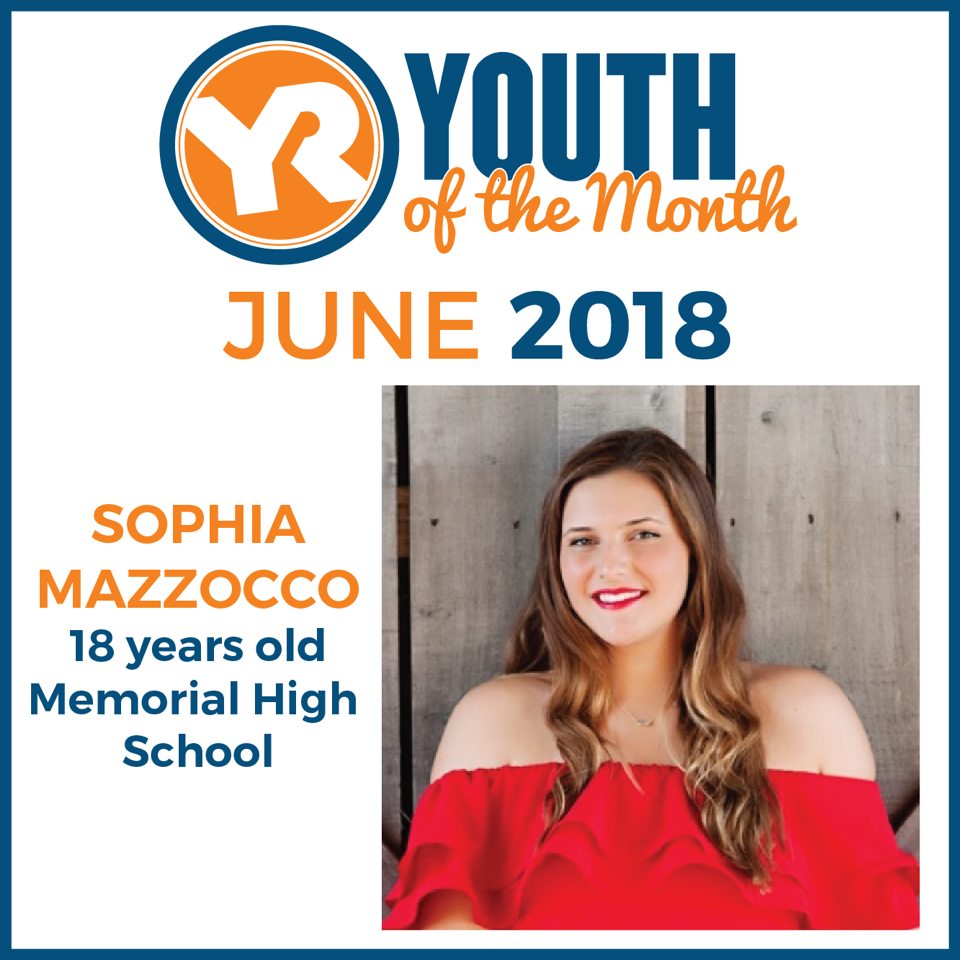 When community volunteers gather in September to build the new Mickey’s Kingdom playground along the Evansville riverfront, 18-year-old Sophia Mazzocco will see her vision realized. The recent Memorial High School graduate and engineering club president designed the safety system for the $1.8 million-dollar project.

“This plan incorporates blue light safety beacons commonly seen on college campuses into the perimeter of the playground allowing a quick and effective way to contact the police department in case of emergency,” Sophia explained. 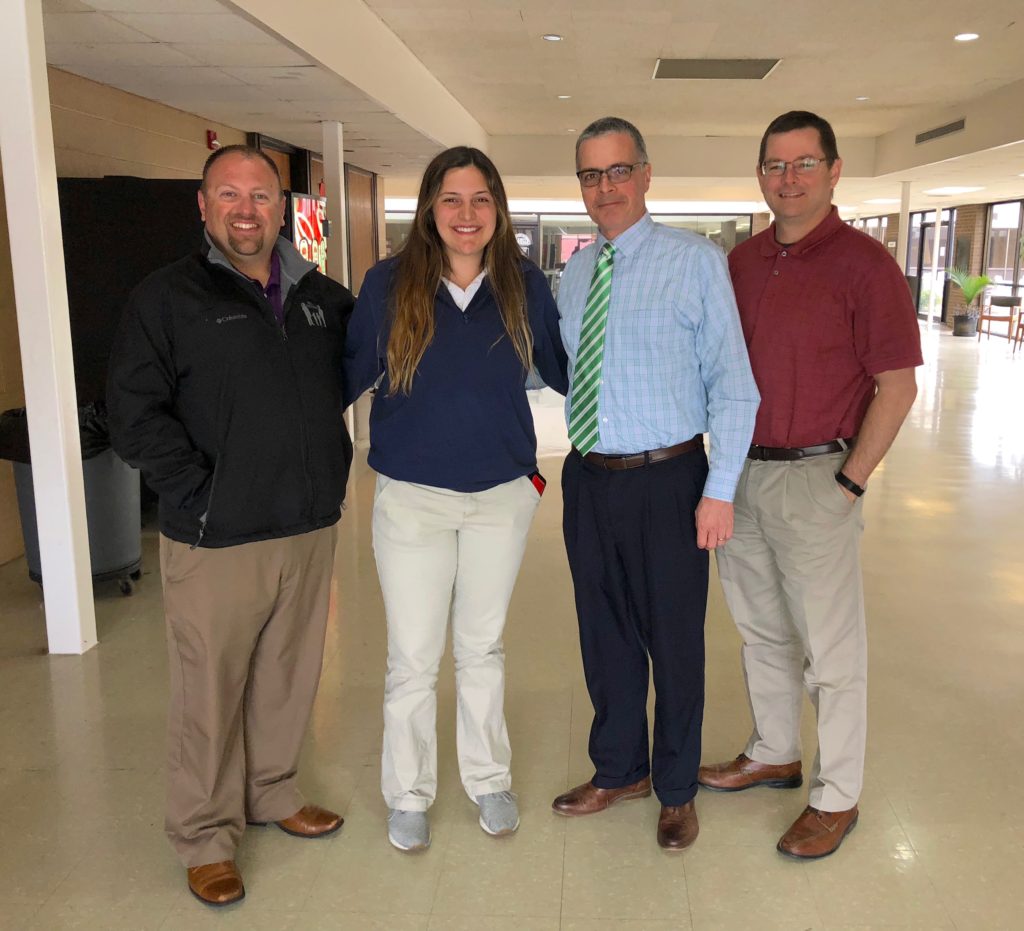 “Having Sophia play a vital role in this project was inspiring. To gain the insight of someone younger who was willing to give of herself was an asset,” Holtz said. “Like with any large scale project, there are many steps and challenges. Sophia met each one with a sense of purpose, and in the end was able to accomplish this project.”

In a few months, Sophia will start her freshman year at the University of Louisville where she plans to study civil engineering. She wants to one day start an engineering company that would also serve as a nonprofit platform to help with sustainable housing or agriculture solutions in third world countries.

Before that happens, though, she’s interested in continuing a volunteer project at U of L that she became involved with as a freshman at Memorial: Dance Marathon for Riley Hospital for Children. Sophia served as president of RMDM (Reitz Memorial Dance Marathon) her junior and senior years. The leadership she displayed and guidance she provided inspired fellow RMDM Executive Committee member Lily Koch to nominate her for June Youth of the Month honors. 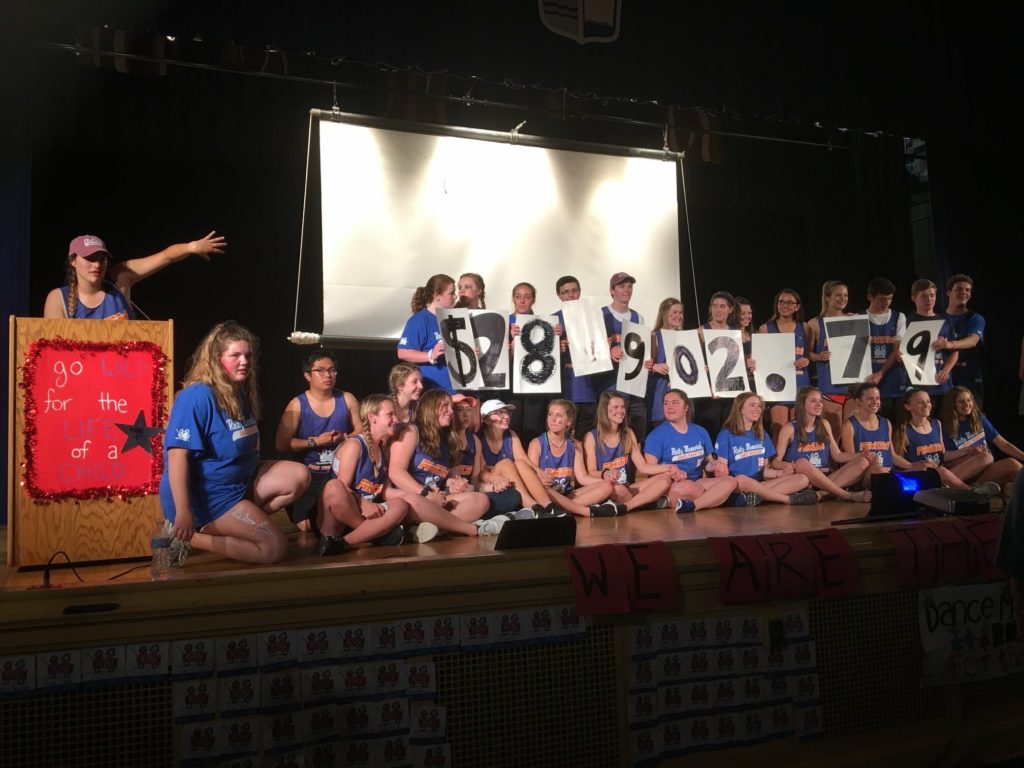 Sophia announcing the grand total raised by RMDM in 2018.

“Sophia’s leadership has impacted me personally because I want to be a leader like her. She’s very diligent and leads by example. She pushed us all to do our best. Not anyone else’s best, but our best. She’s opened my eyes to the good RMDM does,” Lily said. “Sophia does so much for others. I wanted to do something nice for her. I believe her hard work and dedication should be admired and applauded.”

“As I’ve grown throughout high school, I have looked to various mentors to model my actions and overall attitude after. If I could make a positive impact on everyone I met, I would, but it feels great to actually see the impact I have had on Lily,” Sophia added.

This year, Sophia helped the RMDM team raise $28,902.79 and received the Riley Hospital for Children Next Generation Philanthropist Award. She also gives of her time as a volunteer for the St. Vincent de Paul Society by visiting families in need and collecting and distributing gifts during the holiday season.

“Service has always been a main priority of mine throughout my life,” Sophia explained. “I firmly believe that happiness comes from selflessness. By following this motto, I have been given amazing opportunities to help others, and the joy that comes from doing good is unparalleled to any other thing I’ve experienced.” 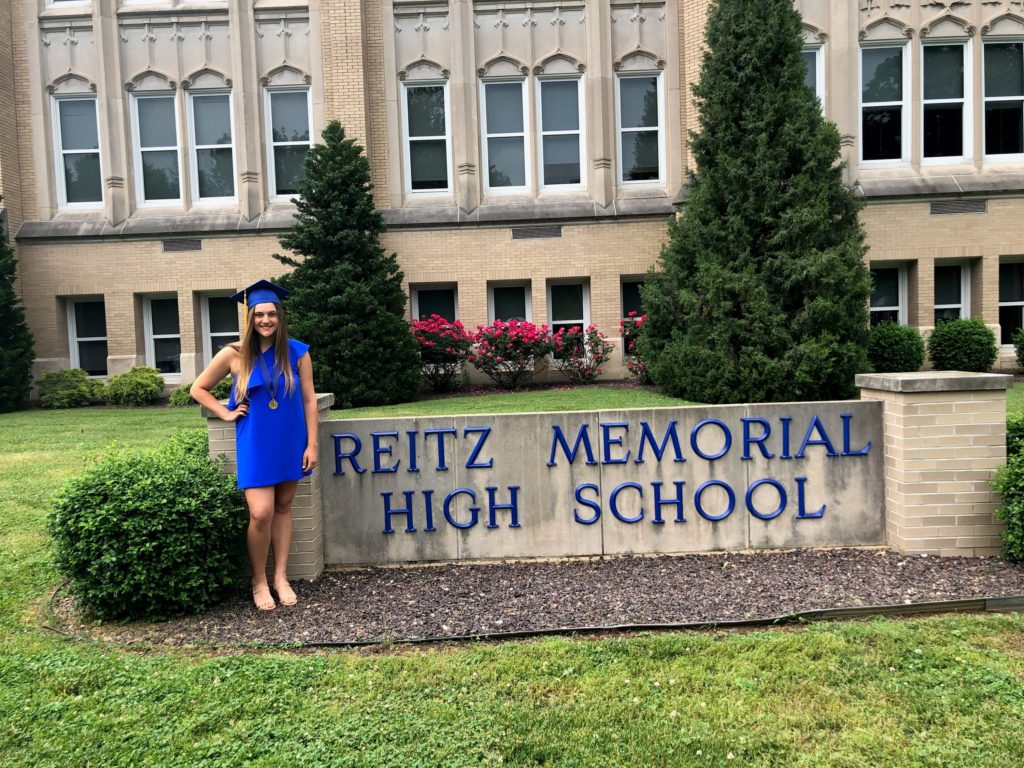 Sophia graduated from Memorial with a 3.9 GPA.

In addition to her service work, Sophia was captain of Memorial’s tennis team as a senior and was a member of student council, National Honor Society and the senior advisory council.