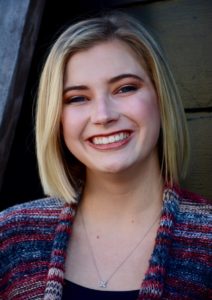 My freshman year, I joined the Teen Advisory Council at my grandpa’s strong urging. Although I was reluctant to wake up at 5AM for the meetings (on the weekends you can find me sleeping in until 1PM at least), I quickly fell in love. I found a lot of older kids I look up to, and some kids my age that are now my friends. I particularly remember the TAC president from that year, Morgan Goebel. I thought she was the coolest. I remember seeing her at meetings and service events and wanting to be like her.

At the end of my freshman year, I applied to be a co-chair and got it, joining the Exec Committee as one of four inReach co-chairs. InReach is responsible for orienting new members, which was ironic, since I was basically a new member myself. The year had its challenges, but I learned a lot from being a co-chair, since this is where most of the work in TAC is done.

At the end of my sophomore year, I decided to run for vice president, which was super scary at first. I was terrified that I would lose and it would be embarrassing and everyone would think I was stupid. However, I realized I felt supported and encouraged by the TAC environment. I knew that even if I lost, no one would look at me any differently. Comforted by that, I found the courage to run, and I was ecstatic when I won.

Being Vice President was difficult, but worth it. This huge time commitment taught me more about organization and managing my time than anything else ever has. I also learned even more about how TAC worked, as I saw more of the behind the scenes work that goes into running it. It also allowed me to connect to TAC even more. I formed new friendships and bonded with the other officers. I loved finding other kids who were also passionate about community service and being positive influences. At the end of my junior year, I ran for President and won.

I’m only a couple months into being President, but so far it’s been just as challenging and rewarding as every other year. I’ve had to work harder than I thought I would to be comfortable leading meetings and guiding the Council. Already we’ve hit various roadblocks, but each one has just given me the opportunity to learn and grow from it. Having everyone look to me is daunting, but with the skills I’ve already developed over the past three years in TAC, I know I’m ready for my fourth and final.

I love TAC because I’ve found a place where I feel like I can belong and be myself. Although I feel like I came in with confidence and leadership, both have definitely been strengthened through my participation. I’ve learned about the importance of asking for help and trusting other people. I now know I don’t have to go through anything alone. I have stayed involved because I’m so passionate about TAC and the work we do. I think that many youth activities are based around having fun, or they entice people to join through entertaining and enjoyable activities. Because of this, a lot of kids tend to be involved with activities for the fun of it rather than for the cause. TAC is different because everyone who is there wants to be there. There’s a pretty lengthy application and a wait list every year. So more than anything, the passion and potential of every member drives me.

Elizabeth Elsea is a senior at Signature School who’s been involved with YR for 4 years. She’s particularly invested in TAC, serving as president this school year. Outside of YR, she’s in Student Council, National Honor Society, YMCA Youth and Government, and musical theatre.