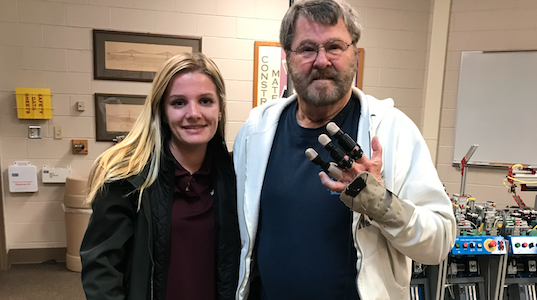 February’s YR Youth of the Month, Kenzie Paul, Creates and Donates 3D Hands For Others With Limb Differences

She and her classmates ended up selling over 500 Lucky Fin t-shirts and raising more than $5,000 for the organization.

Kenzie and Donna Zimmerman, a Department Chair at Ivy Tech Community College, both founded e-NABLE chapters around the same time in 2018. Shortly after, Donna reached out to Kenzie because the two chapters were so close in distance. Together, the two began designing, fabricating, and donating 3D printed prosthetics.

“Since then, we’ve worked on several projects together, and she has become a mentor, helping me with any issues I’ve run into,” Kenzie said.

As of now, the two have been able to donate prosthetics to 7 different individuals, and have sent a dozen generic devices overseas to third world countries.

Donna, who nominated Kenzie for Youth of the Month, describes Kenzie as one of the most selfless volunteers she has ever worked with: “Kenzie is a great role model, especially for young ladies with limb differences. She is an awesome leader, a great public servant, and is truly dedicated to giving to others,” Donna said. 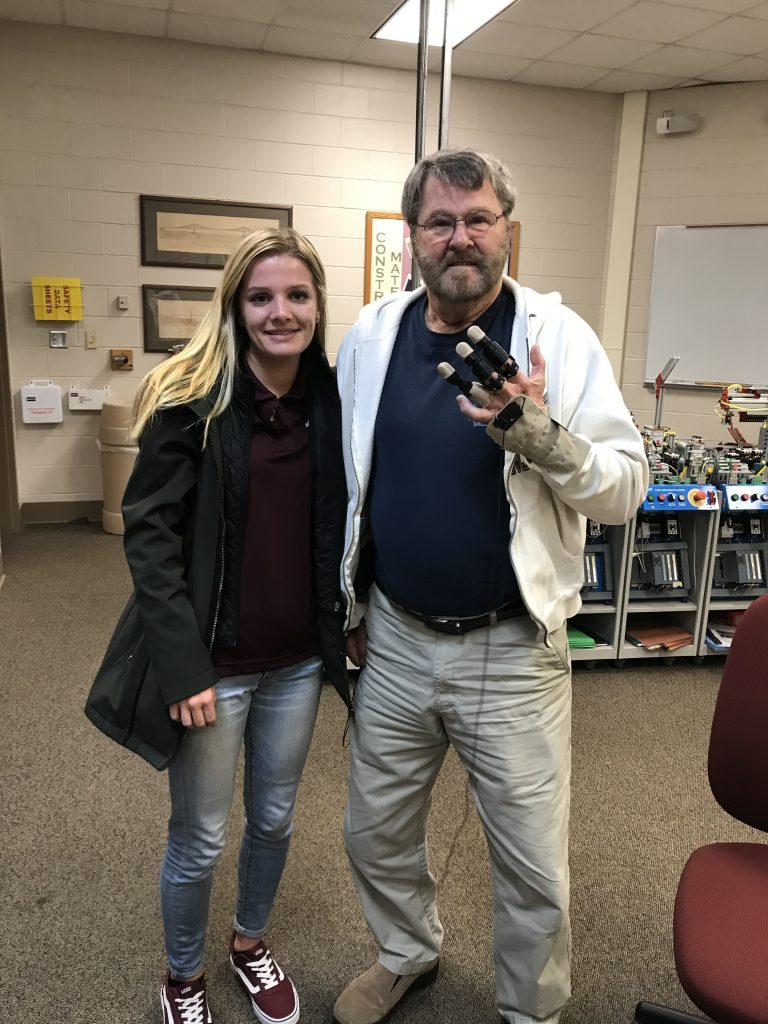 Kenzie and Donna made and donated this 3D hand to Jerry

“Kenzie volunteered on the days in our service camp when we had middle school students assembling prosthetic hands,” said Donna. “She introduced the exercise and led the students through the assembly steps. Seeing her demonstrate intricate assembly steps was inspiring. She was open with the kids about her own experience.”

One of the things Kenzie does so well (and there’s a lot she does well), is advocating for others through educating on limb differences.

“The biggest issue limb different children face is others doubting their abilities,” Kenzie said. ““I know hundreds of limb different individuals, and the one thing we all have in common is that we are capable. If I could have one wish granted, it would be for the limb different community to be treated equally.”

Kenzie said organizations like NubAbility and SheLift offers limb different individuals a place to find support, and reach their goals – both athletically and otherwise.

“NubAbility Athletics aims to support limb different athletes in their athletic careers. SheLift is another fantastic organization I’m involved with that unites young women with limb differences. This past summer with SheLift, I traveled to Park City, Utah, and hiked, tried adaptive yoga, and learned how to rock climb, shoot a bow and arrow, and complete a ropes course,” Kenzie said.

She also recently started a podcast called Bionic Chronicles, where she discusses a wide range of topics, including climate change, educational reform, healthcare and disability perceptions. In her third episode she interviews her best friend, Lily Quade, who has the same limb difference as Kenzie. The two connected through Twitter and met for the first time last summer at the Lucky Fin Project Weekend.

“Lily has the same limb difference as me and lives in Iowa. She inspires me because she is so confident in her ability and doesn’t let others get her down. She has taught me so much about about myself and has been such a bright light in my life the past year,” said Kenzie. 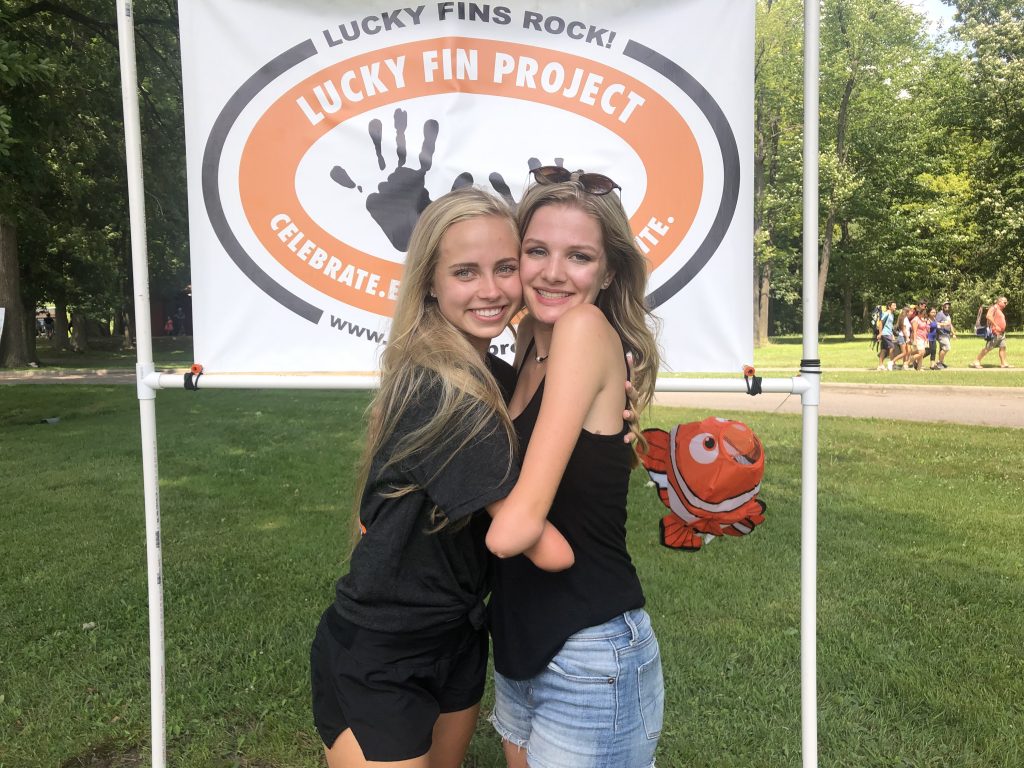 Kenzie and her friend Lily at Lucky Fin Project weekend

Kenzie plans to attend the University of Notre Dame next year and pursue a degree in business, with plans to work in the nonprofit sector.

“Many people think I should be a biomedical engineer, but I don’t want to pursue this because I would be stuck in the system I’m fighting: inaccessible medical devices. My dream job would be to work for Paralympics or some other incredible organization,” Kenzie said.

To learn more about Kenzie’s work, visit kenzieshelpinghands.blogspot.com. To donate and send a child to NubAbility camp, visit nubability.org.