We know there are awesome students and adults doing incredible things in our community. Our Hall of Fame honors them through a number of awards at an annual celebration.

If you would like to support the Hall of Fame as a sponsor, please contact jessica@youth-resources.org for more information.

Nominate A Student For Youth of the Month

Students ages 5-18 are eligible for nomination. YR’s Board of Directors reviews each
nomination packet and chooses that month’s honoree. Nominations must be submitted
by the 25th of each month. If a student does not win in a given month, the same student
may be nominated in a different month. For example, Joe Smith could be nominated in
September, October, and November.

Youth of the Month winners are automatically included on Youth Resources’ Youth
of the Year ballot. YR names the Youth of the Year at our annual Hall of Fame Celebration. 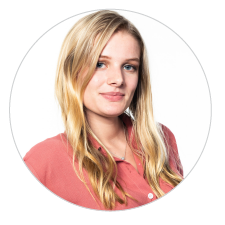 “I decided I wanted to be a leader and make change in the world after I attended Lucky Fin Project Weekend after my freshman year. Lucky Fin Project unites, educates, and celebrates people with limb differences, and it was the first limb different organization I had ever been introduced to,” Kenzie explained. “I met so many incredible people who had similar limb differences, and they inspired me to be the best me I can be. Starting my sophomore year of high school, a few classmates and I started an awareness and fundraising campaign for the Lucky Fin Project.” She and her classmates ended up selling over 500 Lucky Fin t-shirts and raising more than $5,000 for the organization.

Kenzie and Donna Zimmerman, a Department Chair at Ivy Tech Community College, both founded e-NABLE chapters around the same time in 2018. Shortly after, Donna reached out to Kenzie because the two chapters were so close in distance. Together, the two began designing, fabricating, and donating 3D printed prosthetics. As of now, the two have been able to donate prosthetics to 7 different individuals, and have sent a dozen generic devices overseas to third world countries.

“Kenzie is a great role model, especially for young ladies with limb differences. She is an awesome leader, a great public servant, and is truly dedicated to giving to others,” Donna said.

If you would like to support the Hall of Fame as a sponsor, please contact jessica@youth-resources.org for more information.