Elijah Brinkley Chosen As Youth Of The Month 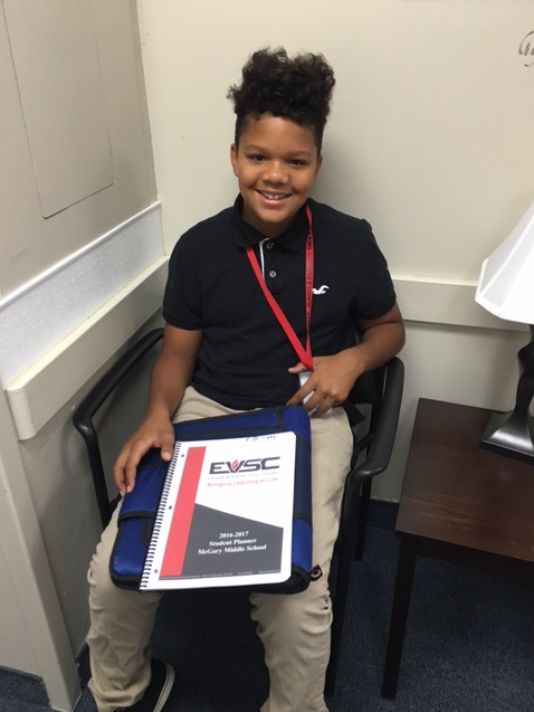 The holiday season usually brings out the giving spirit in people, but there are those who are constantly service-minded. Elijah “Champ” Brinkley falls in the latter category.

The 12-year-old McGary student consistently plays the role of “man of the house” for his mother Courtney Putnam, who works three jobs, and his younger brothers Xavier (5) and Kingston (3). Brinkley carries a significant load of the household chores, volunteers regularly through the National Junior Honor Society and student council, plays All-Star travel football, drums in the school band all while maintaining ‘A’ Honor Roll status in all honors classes.

The do-it-all seventh grader, who is appropriately nicknamed “Champ”, has been awarded Youth Resources’ November Youth of the Month.

A few weeks ago Brinkley turned his closet upside down and filled several bags with winter clothes, hats and coats to donate to the Evansville Rescue Mission.

“(Evansville Rescue Mission) does a lot of things for kids in Evansville, so I wanted to donate the things I don’t need to kids who do need them,” said Brinkley.

“I think about how hard it is for my Mom – she has three jobs and tries really hard. It’s barely enough for the three of us boys. With my leftover things I thought I could give them to other people and make it easier on their parents.”

Much of what Brinkley does is inspired from his family members. His service stems from watching his Mom work so hard for their family. He shares the nickname Champ with his late cousin, Marcus Steward, who was shot and killed in Indianapolis last year. Steward, 24, was known for being a strong football player, playing percussion and always being there for the youngsters in the family.

Brinkley now carries that torch with Steward, his mom and brothers in mind.

“Elijah is a very special kid,” said Putnam. “I can’t tell you how much of a blessing it is to be his mother. I’m proud to be a part of his day-to-day life.”

To nominate a student (5-18) for Youth of the Month, visit youth-resources.org.

Written by Jeremy Brown, the communications coordinator for Youth Resources.