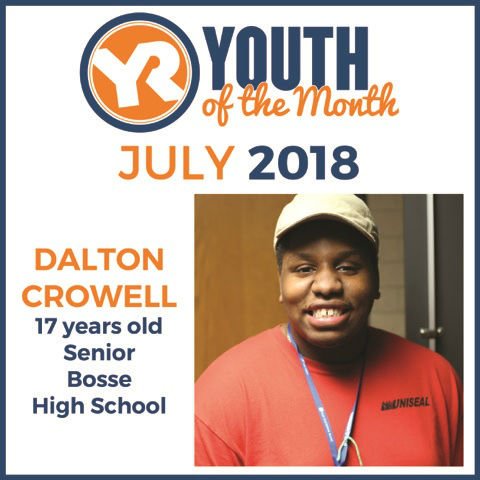 Ask the more than 400 students who attended Youth Resources’ Middle School and High School TEENPOWER leadership conferences in June and chances are most would know the name Dalton Crowell. Not only that, many of them could probably tell a funny or uplifting story about him. The 17-year-old Bosse High School senior and TEENPOWER youth staff member has developed a reputation for being hard to forget.

“At the first staff meeting, before meeting Dalton, I could feel his energy and knew right away that he was going to be one of the game changers. His personality was so genuine, strong and infectious that it seemed that everyone he spoke to instantly began to smile,” recalled TEENPOWER adult staff member and Vanderburgh County school resource deputy Andy Norris. “During the activities that evening I began to seek him out because I needed to meet him. Once I finally met him during one of the silly activities, it happened to me. I couldn’t stop smiling.”

“Dalton seems to share that smile and infectious positivity with everyone he meets. He leads by example, and I witnessed him several times at camp encouraging campers to step up, join in and be a part of the family,” said Schimmell, a second-year TEENPOWER volunteer. 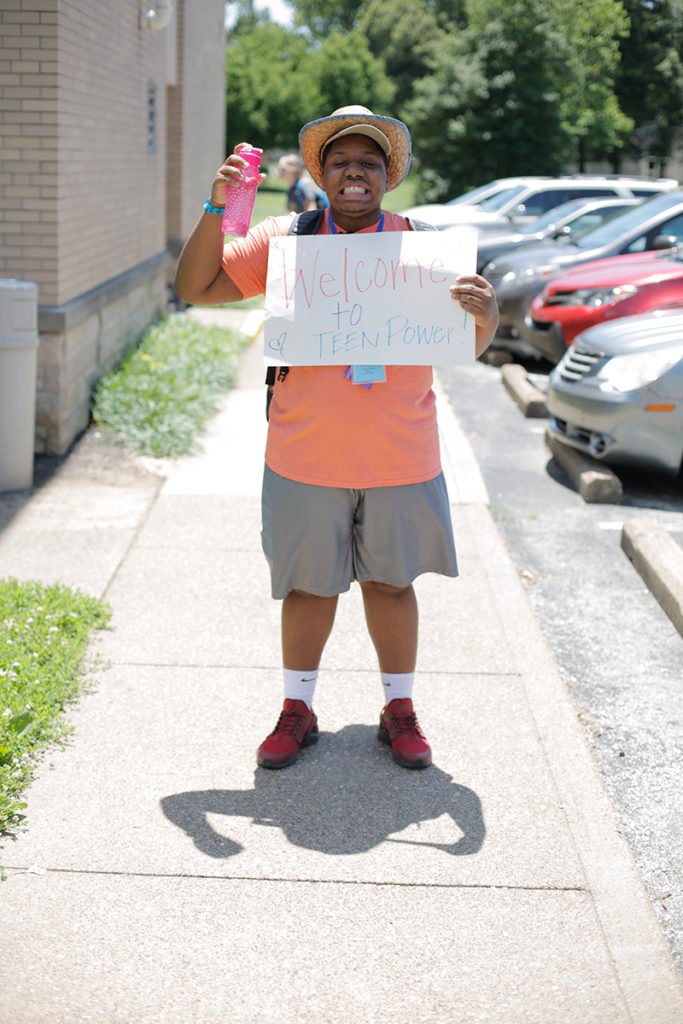 “Leading people is so important to me because if they can see a young man like me willing to do everything to bring happiness upon someone’s life, maybe, just maybe, I could change a person’s heart, and they would change a person’s life, too,” Dalton explained. “I do whatever I can to lead by example and be a role model to people who may look up to me. You never know whose life you could be changing for the better.”

Though he couldn’t have known it at the time, a low point during Dalton’s freshman year would ultimately lead to his own life changing for the better.

“I got put in a bad situation where I was getting bullied, and I couldn’t bear it anymore. So I finally fought back and ended up having to go to Teen Court (YR’s restorative justice-based diversion program for first-time juvenile offenders),” he explained. “I’ve never been in trouble before, so it was something very hard for me to take in.”

Had it not been for his experience with Teen Court, Dalton may have never attended TEENPOWER. A YR staff member encouraged him to give it a try.

“I was pretty nervous about it, but it was the best choice ever to go,” Dalton said.

After a year as a camper, Dalton was selected as a TEENPOWER youth staff member tasked with leading activities and small family group sessions during the summer conferences. 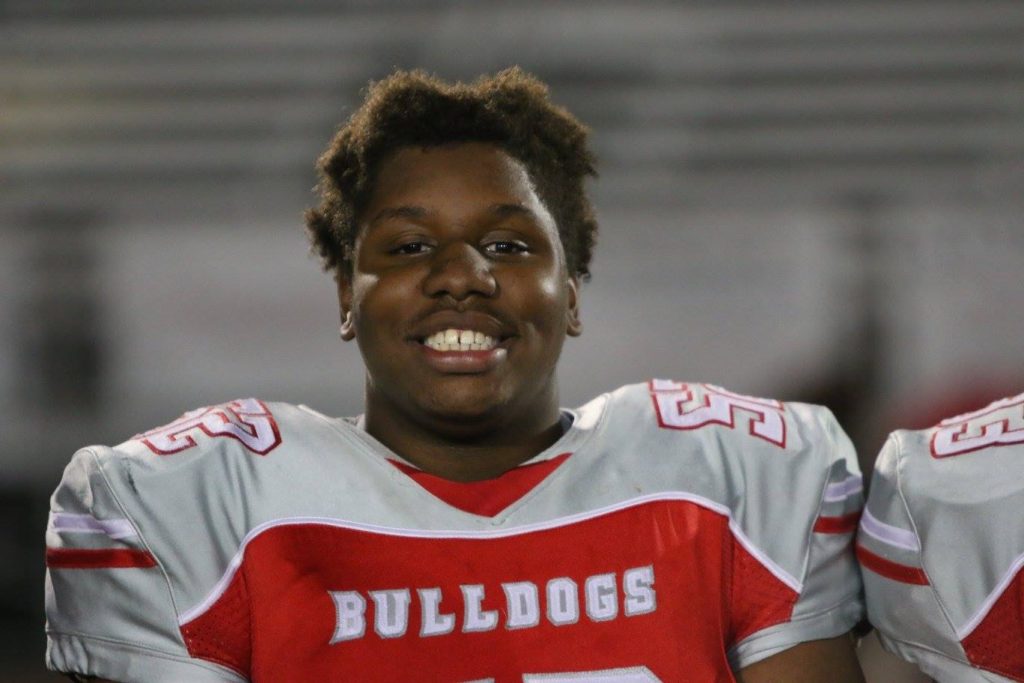 “Dalton’s personality shines so bright, and he is able to genuinely deliver 100% of himself in his attempt to inspire the campers to be themselves,” said Deputy Norris, who worked closely with Dalton in a family group during Middle School TEENPOWER. “He never hesitates to participate in whatever needs to be done and will help those who need help along the way.”

In addition to TEENPOWER, Dalton is involved in an acting group and plays drums at his church. He’s also a four-year member of the Bosse football team. Coach Eric Schnur considers Dalton an integral part of the team who has improved each season.

“We are looking for him to fill roles on offense, defense and in the way of leadership. The future of Bosse football seems bright, and Dalton has played a role in the turn around. He is a good football player and an even better young man,” Schnur said. 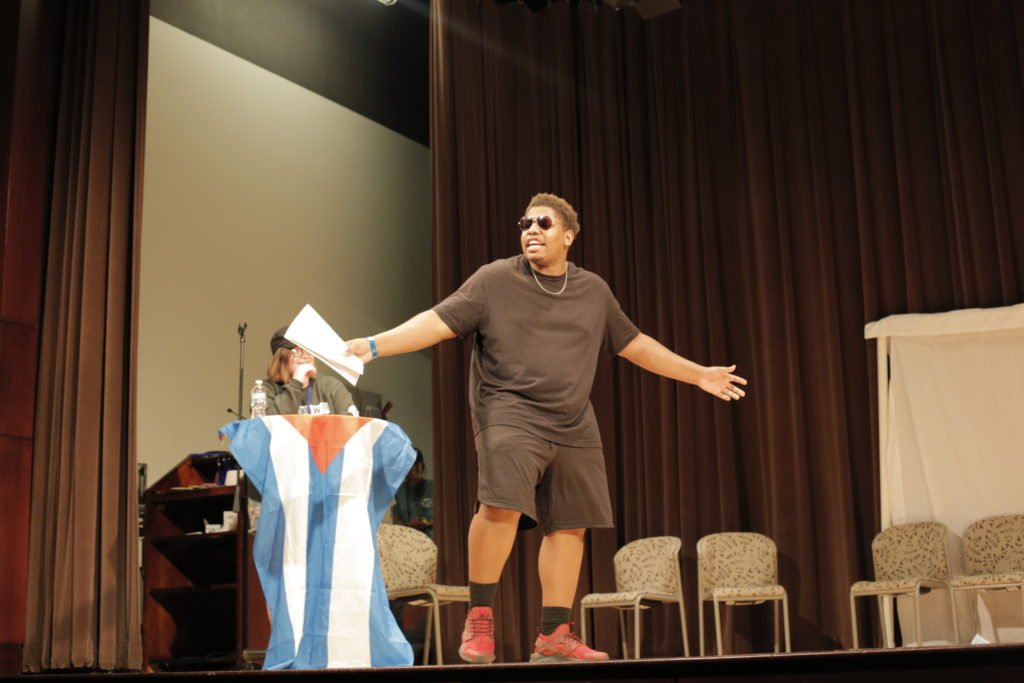 As a senior, Dalton will have one more opportunity to return to TEENPOWER as a youth staffer. He also plans to join YR’s Teen Advisory Council when school starts in August. He considers recognition as Youth of the Month a great honor and a highlight of his summer.

“For me to be Youth of the Month means everything to me. It shows me that I’m making my mark to make a difference on so many lives that I’m getting noticed. I just want to continue to be myself and help others on the way while having a good laugh,” said Dalton. “Youth Resources has changed my life so much for the better. Without YR I wouldn’t be who I am today.”

To learn more about TEENPOWER or view the 2018 slideshow, click here.

Dalton invites everyone to watch a motivational video that he recently created entitled “What is Your Purpose”.