October Youth of the Month Steps Up Big at Home

A juicy steak with yellow rice, corn and a crisp side salad. That’s what Giovanna McAlpine would whip up if a special visitor came to her house for dinner. It’s an ambitious menu for many adults, and even more impressive considering that Giovanna is only 13.

The McGary Middle School 8th grader has a lot of experience, though. With guidance from her dad, Mike, she’s been cooking and baking since elementary school and is now the family’s primary chef.

“Any kind of meat is her specialty,” Giovanna’s mom, Keesha McAlpine, explains.

Steak, roast, pork loin — Giovanna can handle them all. She says her family’s reaction to her meals is the best part of cooking (no bad reviews yet), but her contributions continue well past the kitchen. Giovanna cleans and does laundry, too. She even gets everyone up and going in the morning. It’s a dream come true for Keesha, who calls herself “the luckiest mom in the world”.

“It’s amazing to have a kid that’s 13 that’s willing to do anything and everything. Her main focus is to make sure I’m ok and everything’s done.” Keesha said. 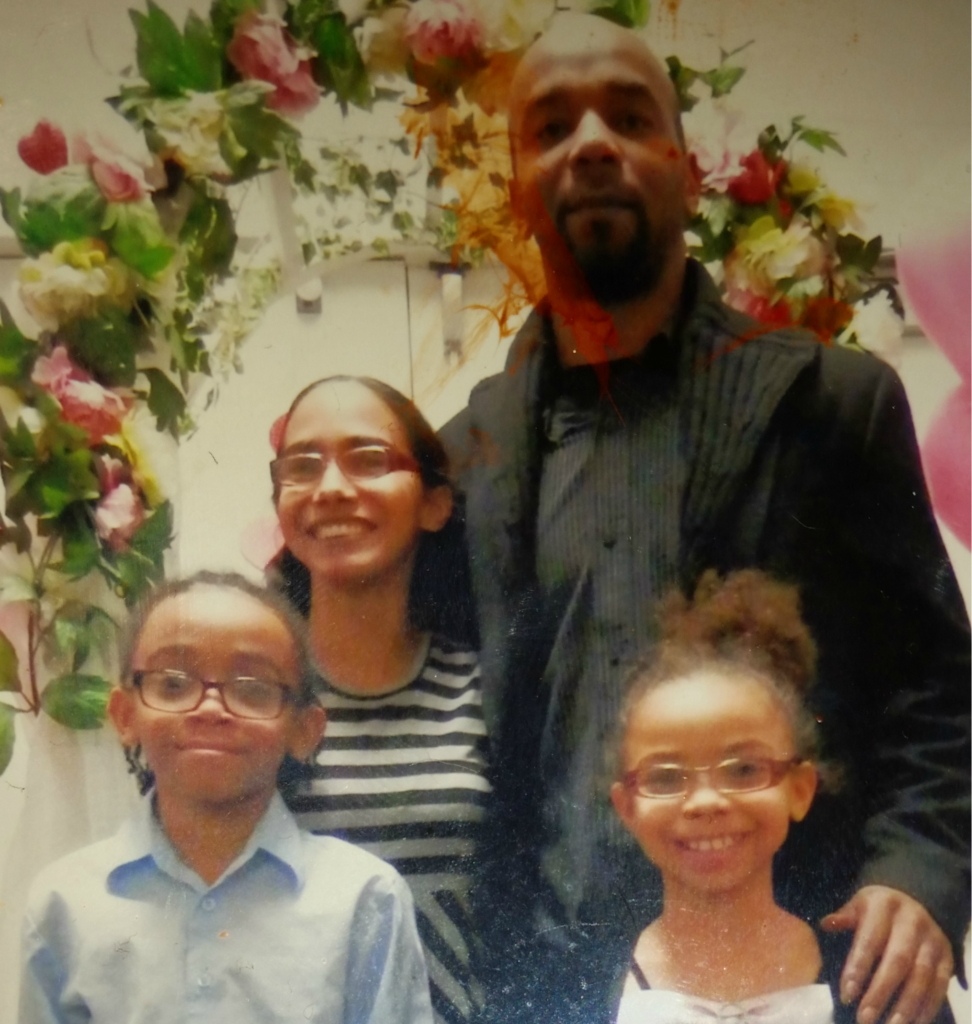 Giovanna with her older brother, Hubert, and parents, Keesha and Mike

Keesha’s gratitude is multiplied by the reality that many of the things Giovanna does – she cannot. Keesha lives with constant pain from rheumatoid arthritis that makes it difficult to move at times.

“She usually doesn’t really say anything about it, but I can just tell,” Giovanna said.

Keesha had a light bulb moment when she found out about Youth Resources’ Youth of the Month award and knew she had to nominate Giovanna, even though her daughter didn’t think she’d win. Then came the good news.

“I wanted to cry. The look on her face was priceless,” recalled Keesha. “I want the whole world to know there are good kids… If I could scream from a mountain top I would do it. You hear so many bad and negative things, and I’m like, not all kids are like that.”

Dale Naylor would probably join Keesha on that mountain top. The McGary Middle School principal agrees that Giovanna, or “Gigi” as her friends call her, deserves this recognition. “Giovanna is a wonderful young lady. She is kind and compassionate. (She) will go out of her way to help others. She is humble, and she doesn’t know a stranger,” Naylor said.

In addition to her responsibilities at home, Giovanna maintains good grades and plays on McGary’s volleyball team. She is also part of the school’s news team and helps with younger kids at church. And, she’s always ready to listen when a friend needs her.

“They’ll come to me because they know that I won’t judge them, or I won’t make fun of them,” Giovanna said.

Giovanna (back row, second from right) and her McGary Middle School volleyball teammates

Whether it’s at school, church or, perhaps, most noticeably, at home, Keesha hopes this honor reminds her daughter of how much she is appreciated for the many ways she makes others’ lives better.

“No matter what, her smile can light up a whole room. No matter what kind of day you’re having, she’s the light at the end of the tunnel,” Keesha said.

As October’s Youth of the Month, Giovanna becomes a candidate for Youth Resources’ Youth of the Year award which will be presented at YR’s Hall of Fame Celebration in April.