17-year old Signature School senior Jack Watson’s dedication to servant leadership, both at school and through Youth Resources’ programming doesn’t go unnoticed by those around him. His peers describe him as kind, helpful and driven, and spoke of his commitment to bettering the community. For those reasons and more, he was selected as YR’s Youth of the Month.

“I admire Jack for countless reasons,” said Mariel Cox, Jack’s friend and nominator. “At the top of the list is how Jack interacts with others. He is one of the most friendly, personable people I know. He genuinely cares about the people around him, and has a profuse involvement in service activities. I feel that Jack has made a significant change in our community, which is something incredibly unique for someone of his age.”

At the suggestion of a faculty member, Mariel and Jack started to co-lead their school’s Heart 2 Haiti program, which supports the entrepreneurial endeavors of those in third world countries.

“The idea for the project as a whole stems from seeing the country of Haiti in its economic conflict and wanting to help the Haitian people rise out of this problem. The organization aims to innovate self-sustaining business opportunities in Haiti so that the people will have the opportunity to continue the economic success they find,” explained Jack.

“As co-leader, Jack has helped countless artists in Haiti through providing them the resources for their art,” said Mariel. 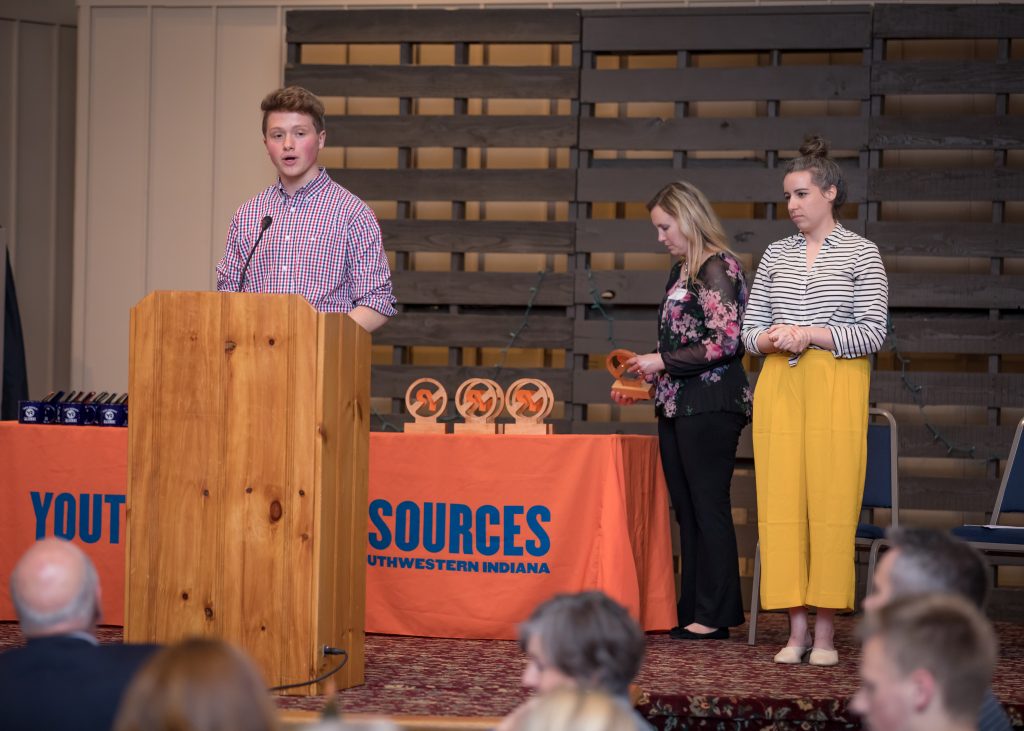 When a group of artists in Haiti demonstrated a need for cut magazine pages, which they wanted to use to create beaded bracelets, Jack helped organize several events in which Signature students came and cut donated National Geographic magazines. In the end, Jack and Mariel were able to send over 80 pounds of cut magazines to the artists, which will be used to create jewelry that can be sold.

“Through taking lead in this project and demonstrating his ability to plan events, Jack was able to engage his peers in service that benefited countless people in this Haitian community,” said Mariel.

Signature School requires students to complete 25 hours of community service each year for attendance, but Jack soon became passionate about serving his community beyond those requirements.

“Before becoming involved with Youth Resources, service was just another requirement to check off the list. But, serving at YR made me realize how powerfully fulfilling and fun service can be,” said Jack. 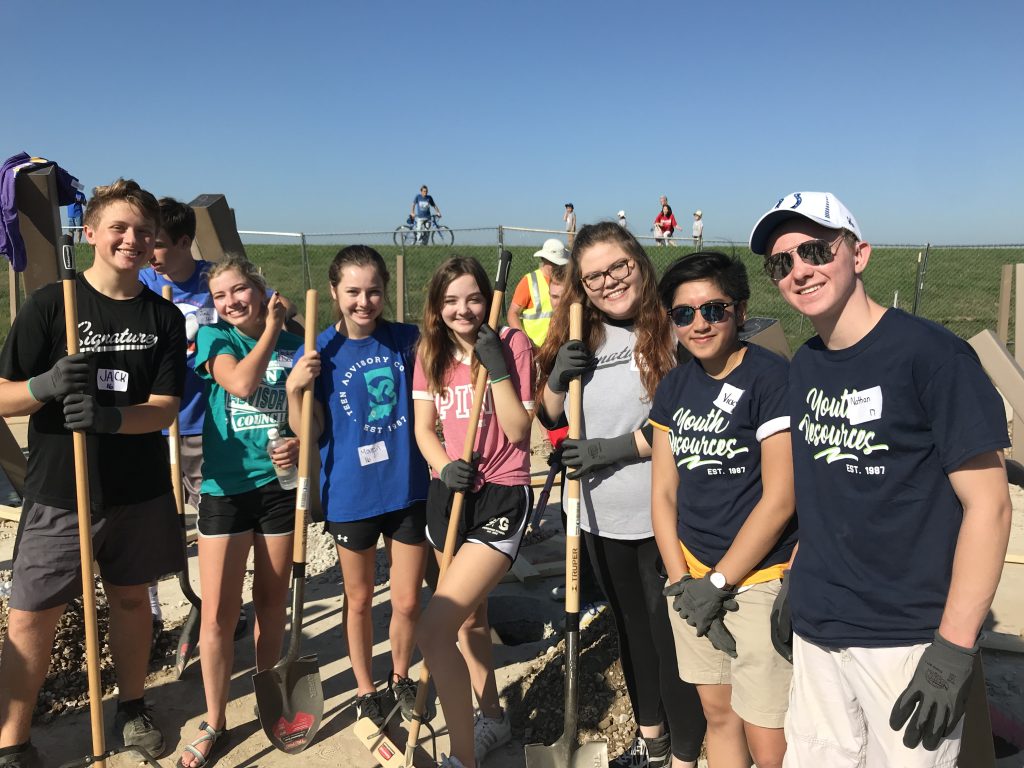 When asked about a leadership activity that has greatly impacted his life, Jack spoke of his involvement in two of YR’s programs: Vanderburgh County Teen Court and the Teen Advisory Council, where Jack is the Co-Chair for the Teen Court committee.

“The Teen Court jury changes young lives weekly through the opportunity provided to respondents to clear their criminal record and is a direct avenue to positively affect those in my own community. Serving others became important to me once I joined YR because I was shown the true influence that service can have on real people in the community,” said Jack. “Teen Court has given me so much confidence in simply speaking in front of a crowd, and I have met so many powerful role models and peers through volunteering with this program.”

“Jack is a student whose energy emanates positivity, which doesn’t go unnoticed within our programming,” Blake Palmer, Teen Court Coordinator said. “Jack leads by example in the court room and in his committee for TAC. He is admirable and empathetic and always puts his best foot forward. He is always willing to help his peers, and is a wonderful advocate for Youth Resources and Teen Court.”

Aside from serving, Jack is also incredibly passionate about French language and culture. He was able to study abroad last year in Brest, France with Indiana University’s Honor Program in Foreign Languages, and mentioned his French teacher, Madama Kobe, as someone who greatly inspires him. 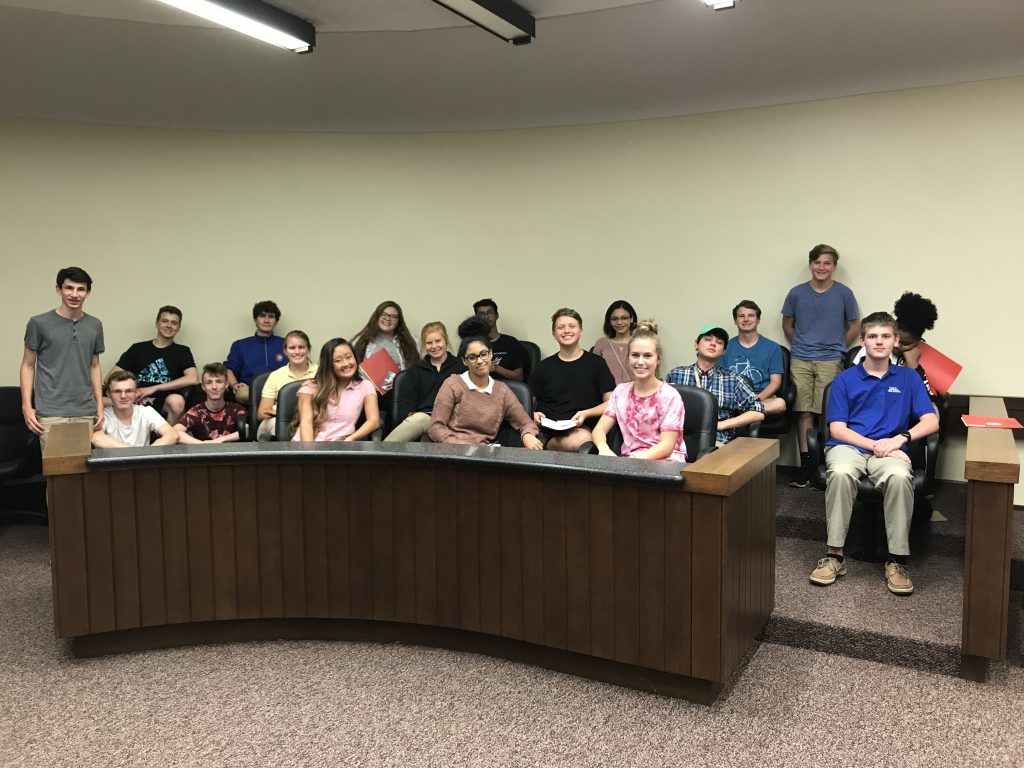 “She inspires me to be a better person and leader every day,” said Jack. “At Sig, everyone knows how great of a heart she has and how she so willingly supports students in their times of need. She inspires me through this support and how thoroughly considerate her support is to these students. As someone who is very passionate and can stumble over considering the fine details, she motivates me to refine my eye to be aware of the little things in life and to always offer support to those in need.”

Jack is a member of Signature School’s Art Club, Student Council, Conservation Club and National Honor Society. He is the President of French Club the Vice-President of History Club. He is an active member of Youth Resources’ Teen Advisory Council and Teen Court.

“I am so honored to be named Youth of the Month,” said Jack. “Being involved with Youth Resources through TAC and Teen Court has changed my life forever, and I am so grateful to be the Youth of the Month. Youth Resources has pushed me to grow in leadership and service throughout high school, and it has provided me with incredible opportunities to directly impact my own community. Inspired to be kind yet critical, I see Youth Resources as an incredible empowering organization in the Evansville area that should not be taken for granted. It is a privilege and honor to be recognized and represent YR in this way.”