April 26, 2018, was a beautiful day in Evansville, Indiana, and what better way to enjoy it than with Big Man on Campus? More than 200 people attended the Ninth Annual Big Man on Campus competition at North High School, planned solely by Youth Resources’ Teen Advisory Council. Electric student sections filled North’s theater to cheer on the event’s five contestants: Blake Watson of Harrison, Sam Valadares of Reitz, Sam Winiger of Memorial, Tyler Behrend of North, and Anirudh Banuru of Signature School. 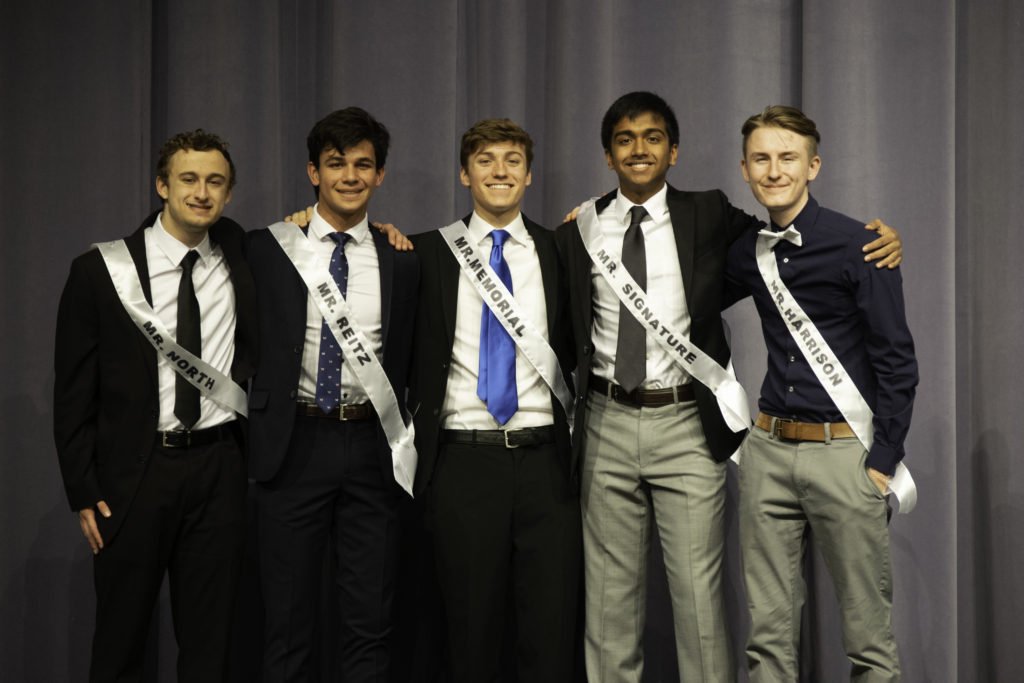 The fun-filled night began with an introduction of the contestants (each accompanied by someone of his choice) and impromptu questions. The talent portion officially kicked off with Mr. Harrison, Blake Watson, showing off his lip syncing skills to “Ice Ice Baby” by Vanilla Ice. Mr. North, Tyler Behrend, displayed his singing skills with a version of “All of Me” by John Legend. 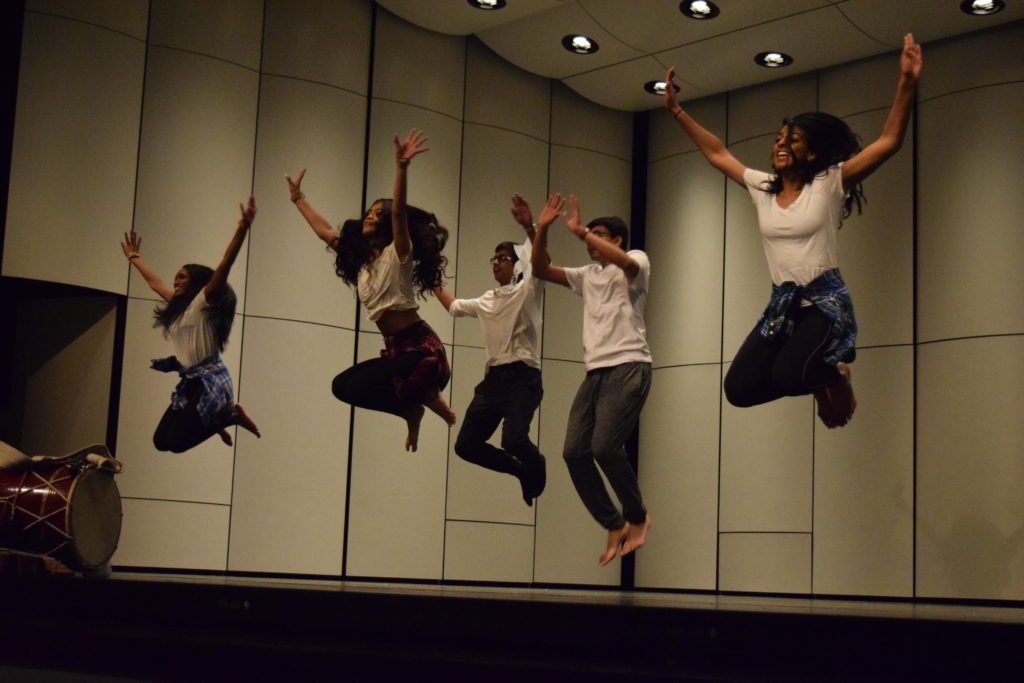 Mr. Signature Anirudh Banuru and his friends fly high during the talent portion of BMOC 2018

Mr. Signature, Anirudh Banuru, performed a collaborative dance with his fellow Signature buddies, showcasing their mesmerizing dance moves. However, history was made when, FOR THE FIRST TIME IN THE HISTORY OF BIG MAN ON CAMPUS, Mr. Reitz, Sam Valadares, and Mr. Memorial, Sam Winiger, performed a duo. They played a number of songs, with Winiger on the drumset and Valadares on the keyboard. 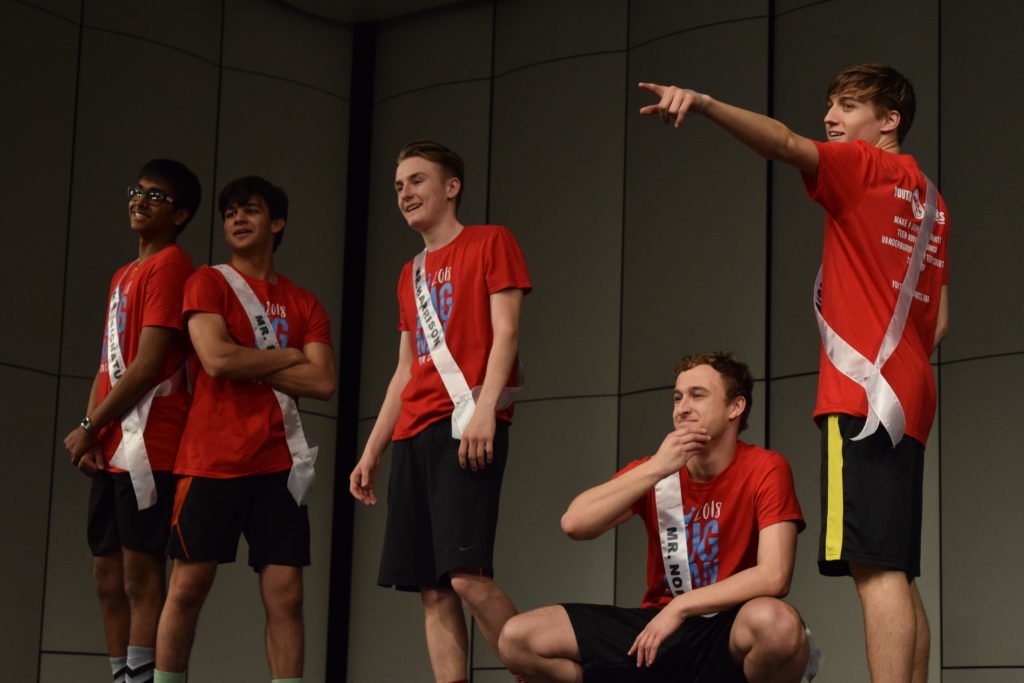 Next up was the group dance. All of the contestants of Big Man on Campus performed together, which was VERY fun to watch.
Then came the school spirit potion of the competition. Although each contestant did some pretty cool cheers, the cheer performed by Mr. Reitz was most likely the best. I mean, who doesn’t like a roller coaster? Last year, Signature had an amazing student section, but Memorial also brought a great student section this year. In my opinion, I think Mater Dei’s student section was the best, but I’m also a little biased. 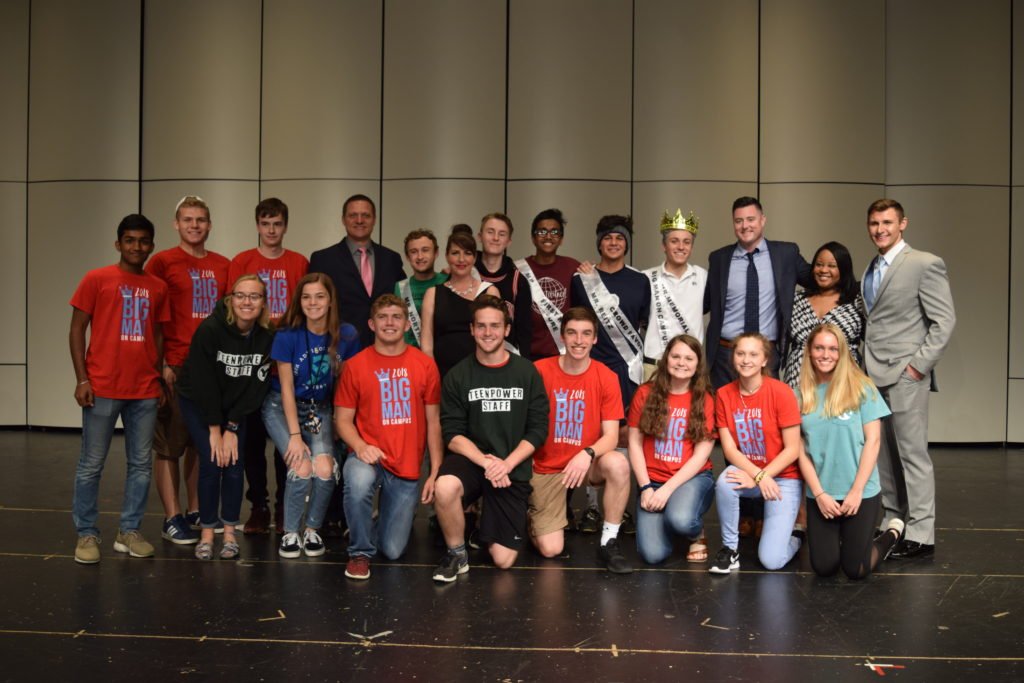 Last, but certainly not least, came the awards ceremony. Mr. Harrison took home the award of Mr. Congeniality. Crowd Favorite was given to Mr. Reitz. The 1st Runner Up to the Big Man on Campus was Mr. Signature, and the winner of the Ninth Annual Big Man on Campus competition was Mr. Memorial, Sam Winiger!

Jackson Hiester is a sophomore at Mater Dei High School and has been involved with Youth Resources since 2016. He participates in Teen Advisory Council and TEENPOWER.