August Youth of the Month Makes Everybody “Feel Like a Somebody” 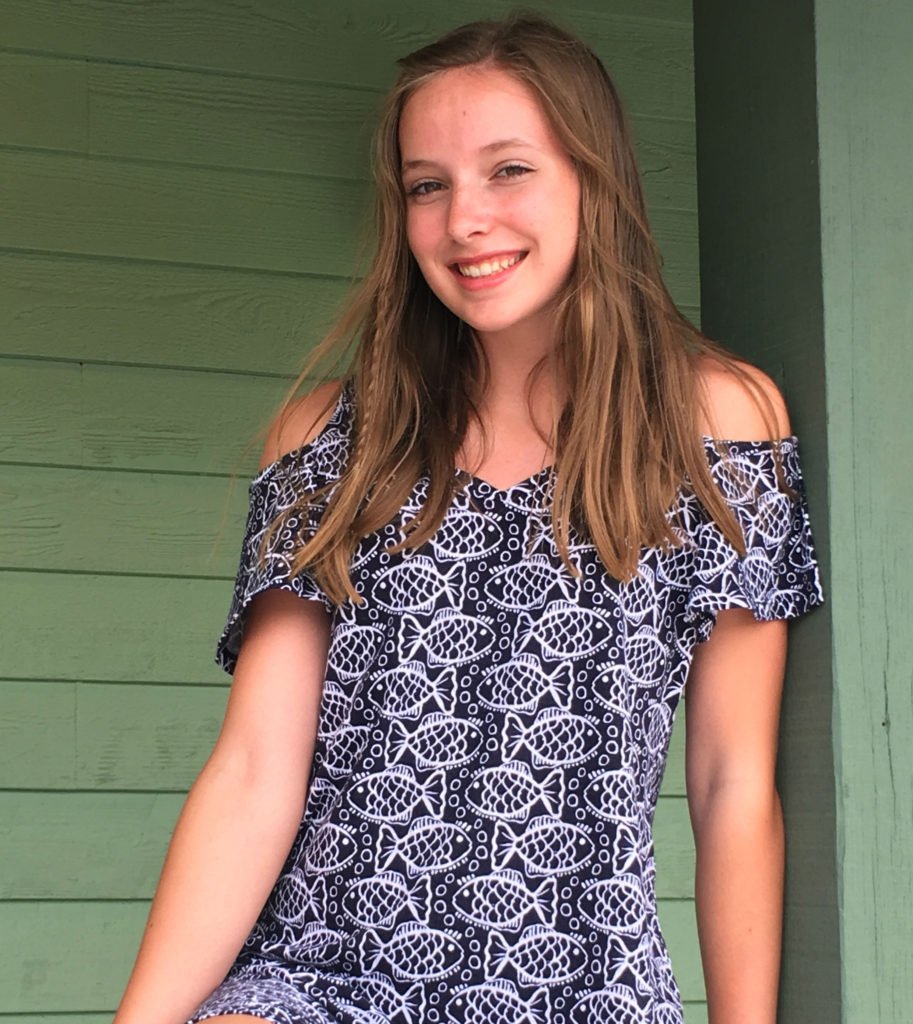 Whether she is mentoring teammates on the lacrosse field, encouraging campers at TEENPOWER or guiding the creation of the yearbook at Memorial High School, 17-year-old Grace Martin has a way of making those around her feel important and valued. She makes a conscious effort to do the little things that make people smile — like saying hi in the hallway, offering a compliment or extending an invitation.

“Keith Hawkins (a TEENPOWER speaker) once said, ‘Make everybody feel like a somebody.’ When I heard Keith talk about this concept, it really resonated with me, and it became my goal in everyday life,” explained Grace. “I think it is important to go out of my way to make another person’s day because you never truly know what they are going through, or what is heavy on their heart, but by just being present in their life you make them ‘feel like a somebody’.”
Those small but significant actions (like getting an entire restaurant to sing “Happy Birthday” to her) prompted fellow student Lily Koch to nominate Grace for August Youth of the Month honors. 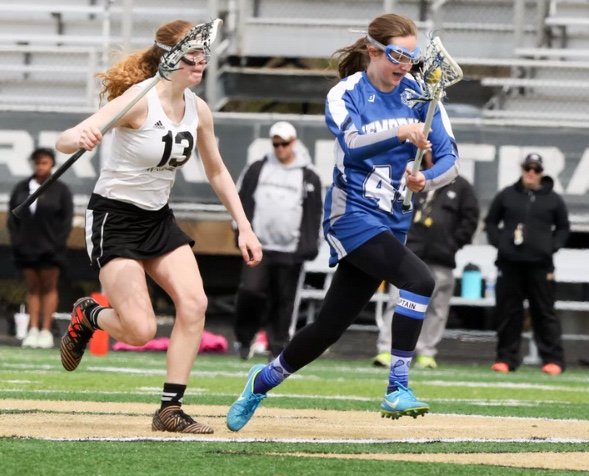 Grace is preparing to once again lead Memorial’s lacrosse team as a senior captain.

“Grace is incredible and deserves to be recognized for her positive attitude and love. She cheers others on in whatever they may pursue. She is positive, amazing, and silly… we all need a Grace Martin,” Lily wrote in her nomination.

As a senior at Memorial, Grace is involved in many clubs and activities, several of them in a leadership role. She is co-president of Snowflake (which encourages a drug-free lifestyle), the treasurer of her class, editor of the yearbook, an executive committee member of Dance Marathon and captain of the lacrosse team.

Her lacrosse coach, Tracy Martin, recalls how Grace stepped up while playing on the varsity team as a sophomore. 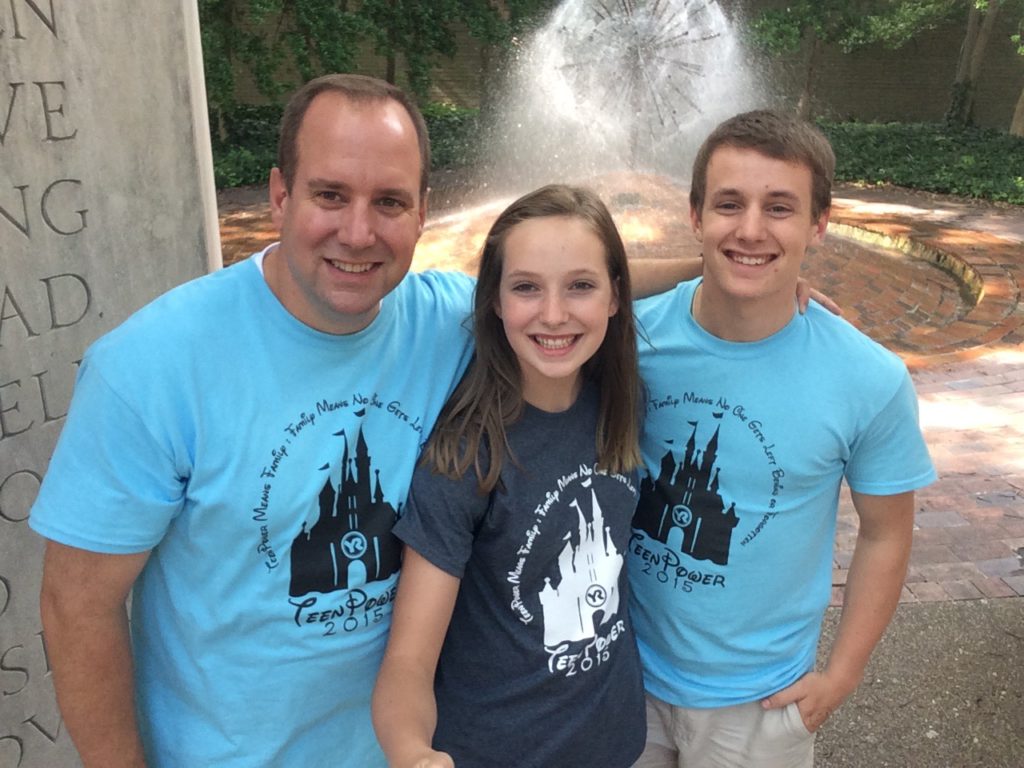 Grace with her older brother Isaac and dad Jim at TEENPOWER

“Grace is calm under pressure, doesn’t get hung up in drama, and puts the last play behind her so she can focus on the next. She cheers on her teammates, encouraging them in both wins and loss. We knew by the end of that season that she would be a captain the next year. Grace puts the good of the team above herself, which is rare in today’s high school society,” Coach Martin said.

Grace also showcases her leadership skills through Youth Resources’ programs. She is a Vanderburgh County Teen Court volunteer and was a TEENPOWER Youth Staff member as a sophomore and junior. (Before joining Youth Staff, Grace was a camper for five years.) She sees herself as someone who leads by example, but says that it is “impossible to lead if you don’t know how to follow” as well.

“YR has shaped who I am by not only breaking me out of my shell, but also connecting me with a web of friendships I never thought I would have. It has given me friends and role models that I can always count on to love and support me. Through my position on Youth Staff I have increased my leadership skills, communication skills, and confidence,” Grace said. 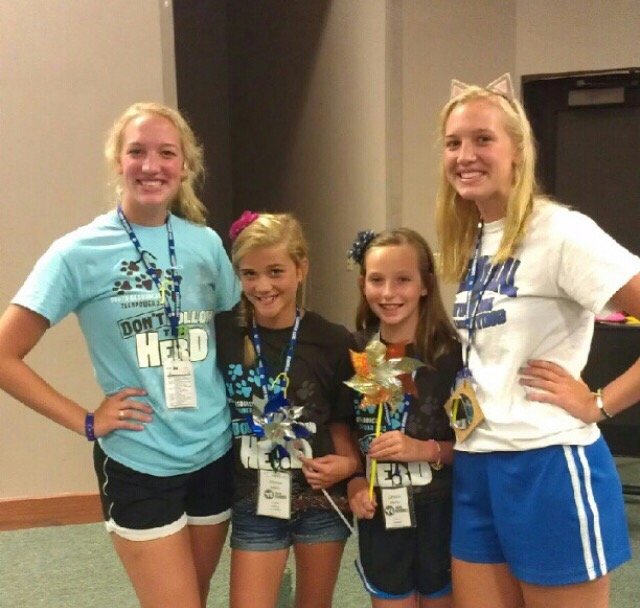 Grace (second from right) as a sixth grade TEENPOWER camper

“I think lacrosse and YR have shown Grace what she can do, and they are just stepping stones to the great things she will do next. Grace’s drive and confidence combined with the compassion she has for others and the desire to simply make things better will take her a very long way, and I am certain the world will be a better place for it,” added Coach Martin.

Though she hasn’t decided yet where she will attend college, Grace plans to study elementary education and hopes to continue playing lacrosse. She wants to keep living out Keith Hawkins’ challenge by one day making her students “feel like somebodies”.

As the August Youth of the Month, Grace is automatically in the running to be named YR’s Youth of the Year at the 2019 Hall of Fame Celebration in April.