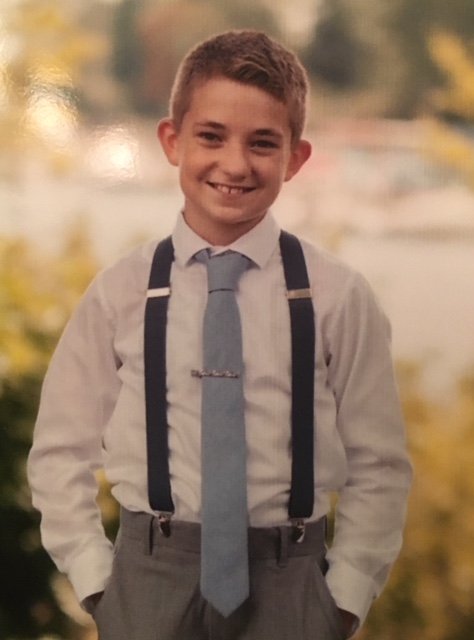 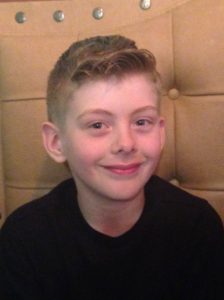 On most weekday mornings, fifth graders Ethan Eichholz and Blake Miley can be found carefully raising the flag at Oak Hill Elementary School, where they are both flag leaders. Their teachers and fellow students describe them as hard working and kind, but it was ultimately the boys’ Kindness Bag project that got them both named as April’s Youths of the Month.

Oak Hill is one of only two schools in the EVSC named a “Leader in Me School.” These schools embed the ideas of Stephen Covey’s 7 Habits of Highly Effective People into practice each day. Part of being a “Leader in Me School” is having a student Lighthouse Team to help create leadership projects within the school and community. It was this team that Ethan and Blake contacted when they had an idea for a new project to help area homeless.

“The advice that we give all of our students is that they are all leaders. They all have the power to make a difference in a positive way, both at school and in the community,” said nominator Marissa Zimmer, Principal at Oak Hill Elementary School. “Ethan and Blake came to me in December with an idea for how they wanted to help the homeless community in Evansville. They had a list of items they wanted to buy, so they met with the teachers in charge of our student Lighthouse Team and came up with certain items for each grade level to collect.”

“Service and leadership are really important to me. When I was little, I noticed problems in the world and wanted to fix them, especially with homelessness,” said Ethan. “The Kindness Bag idea came about when we were asked to think of ideas that could help change the world, and Blake mentioned the idea of giving to the homeless.”

The boys worked together to come up with a list of items that homeless people in the community might need and got the word out to students during a morning meeting. They created an organized list, asking each group of students to each bring certain items. When items were turned in, they helped collect them from homerooms and then eventually helped sort and put the items into bags.

When asked what advice he would give others wanting to start a project in the community, Blake highlighted the importance of teamwork and support. “First, pick a good person that you get along with to help you. Work together to come up with a good idea and find a good support system to help you. Our school worked together and the project was beyond what we imagined. I decided to work alongside Ethan because he is always also thinking of others. He is really kind. Ethan always puts others before himself,” said Blake.

Likewise, Ethan spoke highly of working alongside Blake. “I chose to work with Blake because he is a really good friend and he was really good at getting everything planned out. He is a good leader and friend because he helped me so much with this. He came up with so many ideas and he always knew how to organize everything into certain containers,” said Ethan.

“I am so proud of our school and the work that we do here, and it is wonderful to see two of our leaders recognized for their work in our school and community. These are two students who would never ask for recognition and simply wanted to find a way to help homeless individuals in our community. I hope it will encourage other students throughout Evansville to come up with their own projects to benefit others,” said Zimmer.