Meet Our 2022 Youth of the Year Winners and Nominees

At this year’s Hall of Fame, Youth Resources honored 13 area students who are working to make their communities a better place to live. If you weren’t able to attend with us in person, allow us to introduce you to our final nominees for the year and our 2022 Youth of the Year winners!

2022 YOUTH OF THE YEAR WINNERS 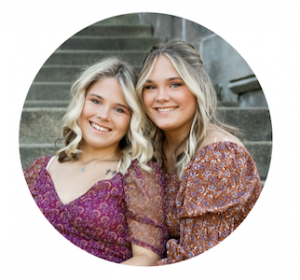 Twin sisters, Madison and Macey Hahn are seniors are F. J. Reitz High School. They were nominated for their involvement with Smokefree Communities by their VOICE Adult Ally Kim Likenhus. Madison and Macey were 2 of the 5 teens selected as founding members of the VOICE Core Leadership Team, a statewide youth program with a mission to engage, educate, and empower young people as leaders and advocates in their communities and celebrate tobacco and vape-free lifestyles.

During the Campaign for Tobacco Free Kids project called Take Down Tobacco, they wrote letters to Indiana Legislators urging them to pass policies that protect the health of teens in our state by raising the state cigarette tax, taxing e-cigarettes, and ending the sale of all flavored tobacco products and spoke to state senators directly. They set up a resource table at Reitz High School and asked peers to sign a petition urging legislators to pass policies that protect teen health, and they regularly present to middle school students to help correct the myths and misinformation surrounding the epidemic of youth vaping and e-cigarette use, with an emphasis on JUUL and disposable e-cigarettes.

YOUTH OF THE YEAR NOMINEES 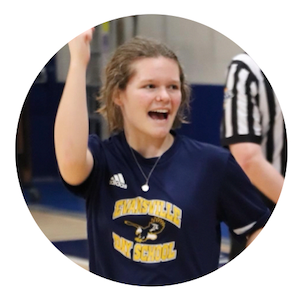 Trista Browning is a sophomore at Evansville Day School. Her three nominators described Trista as “a role model for everyone around her, never quick to seek recognition for her achievements, and someone who always leads by example.”

Trista spends much of her time at EDS helping others excel, and using her own talents to help those around her. She coaches t-ball, tutors middle school math and volunteers as a judge for speech tournaments. She helps coordinate activities and fundraisers at EDS, most recently a Family Fun Night and a Gnome Night. Described as a motivated and natural born leader, Trista loves to rally others together and loves to explore all of her vast interests. It’s no surprise this school year alone she has performed as the EDS mascot Eagle at sporting events, been the catcher for her travel softball team, and played one of the lead roles in “The Music Man.” 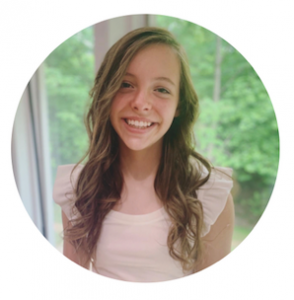 Ayla Owens is an 8th grader at Washington Junior High School. Ayla recently helped organize a sock drive for Riley Children’s Hospital. Ayla was crucial in helping with advertising the event to students, sharing collection information and sharing the value of Riley’s Children Hospital with fellow students. “Ayla is a student who continuously makes a positive impact within her school and on her community,” said her nominator and teacher Christle Miller.

Ayla is involved in Beta club, Student council, soccer, and track & field. Outside of school, she participates in 4-H, her church’s youth group, and a travel soccer team. 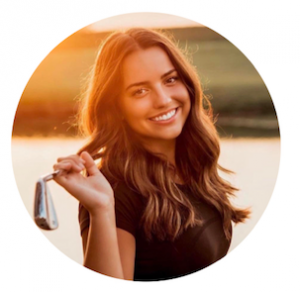 Reagan Sohn is a senior at North High School. Regan was nominated by her Golf Coach, Ken Wempe, for her sportsmanship on and off the course. “Reagan represents what a student athlete is all about. She reaches out to volunteer for clubs and organizations that benefit the community, while balancing her golf schedule,” Wempe said. Regan is a member of YR’s Teen Advisory Council and has raised thousands of dollars for YR as co-chair of TAC’s Development Committee, through Trivia Night and Big Man On Campus. Reagan is involved in Student Council, National Honor Society, Link Crew and was named West Side Nut Club Youth of the Day. She will be playing Division 1 Golf at IUPUI this Fall. 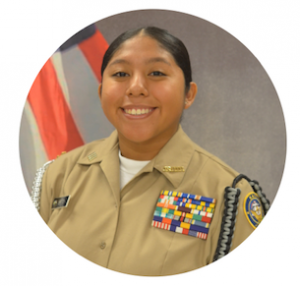 Karla Brito-Hernandez is a senior at Washington High School. Karla served this year as Washington JROTC’s Cadet Executive Officer the 1st semester and the Cadet Commanding Officer the 2nd semester. She participates in multiple competitions that include academic, orienteering, drill and marksmanship. Due in part to Karla’s leadership and excellence, Washington’s JROTC has earned 8 competition trophies this year along with several individual medals and awards, while serving many hours within the community. “She always gives 100% effort in everything and actively applies lessons learned through mistakes. She embodies the Navy core values of Honor, Courage, and Commitment.” said her nominator Tim Craddock, her JROTC instructor. 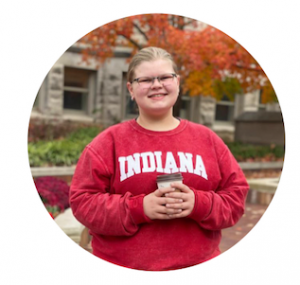 Delaney Garland is a junior at North High School and Early College High School at Ivy Tech Community College. Delaney was nominated by her Teen Advisory Council College Advisor Phoebe Kuhlig (Coo-lig) for her involvement in TAC as a co-chair of the inReach. Delaney constantly reaches out to her peers to check in and see how they are doing with their service hours, and looks for service opportunities for fellow TAC members to participate in. Delaney is a State-qualifying Mock Trial participant and was recently recognized as one of Indiana’s Rising Stars for the Class of 2023 by the Indiana Association of High School Principals. She is also one of the most positive, supportive, and uplifting leaders we know here at YR! 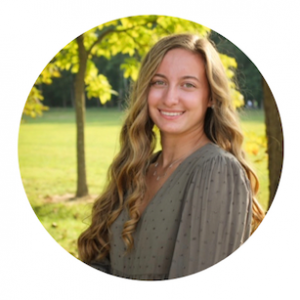 After learning about the impacts of world hunger, 18 year old Purdue freshman Amanda Deutsch wrote a grant proposal for a food insecurity project. After winning $750 from the Indiana 4-H Foundation for her project, she fundraised an additional $3,000 to purchase peanut butter and fresh food for summer take home meal bags for the local Boys & Girls Club. To date she has provided over 2,000 take home bags to approximately 200 area children.

In January of 2022, Amanda started AD Designs to raise funds to help families and businesses affected by the tornado on December 10, 2021. 50% of the proceeds from each Kentucky Strong item sold is donated, and Amanda hosts a shop at * Designs By Amanda Deutsch dot com * if you’re interested in supporting her project!

Amanda is a leader with the Star 4-H Club, was selected to attend the 2022 State Junior Leaders Conference, is a 4-H Council Jr. Leader representative, National 4-H Congress Indiana Delegate, and continues to be involved with the Boys & Girls Club and her church. Amanda was nominated by her 4-H leader Laurie Thomas. 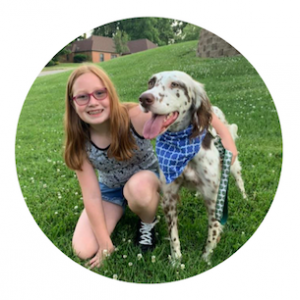 Sixth grader Gracie Harris attends Christian Life Education Center in Henderson. Gracie was nominated by Khrista York of Big Brothers Big Sisters, who has watched Gracie grow as a servant leader in her 3.5 years in their program. Recently Gracie’s school hosted a canned food drive for the Salvation Army. Gracie and her grandmother created a flyer that she distributed throughout her neighborhood. Gracie followed up a week later with her wagon collecting canned foods from her neighbors and cash donations too. With the help of her Big Sister, they were able to run a social media campaign and received over $400 in donations. Gracie then went shopping at the local market and bought over 400 canned food items to donate to her school’s food drive. “Being around Gracie makes you think and cherish the small things in life. Her passion and love she has for everyone and everything is contagious and makes you want to do better!” said Khrista. 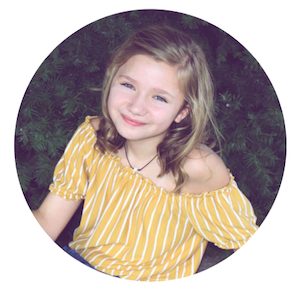 13-year-old Norah Robinson was nominated by her TEENPOWER Advisor Ariel Kuhn at Thompkins Middle School who described Norah as a someone who “shines a positive light on everyone she meets.” Norah is known as a compassionate student who takes time to listen to others, creating a welcoming environment for all students she comes in contact with.

Along with her school activities, Norah has volunteered on two mission trips to Henderson Settlement and was recently named Thompkins Student of the Month. 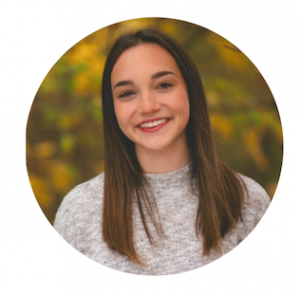 Mater Dei senior Isabelle Koch’s résumé is truly vast. The time she has spent over her life serving others is incredible, through Youth Resources, school, church, and many other organizations, and she has done it all with the utmost humility and grace. She looks for ways to help always, and never seeks recognition, though she deserves it for her beautiful heart.

Isabelle was the drum major for Mater Dei’s marching band this year, and also captain of Varsity Winter Guard. She is a state and districted-awarded musician, part of Mater Dei’s Student Council, and a UE Global Changemaker finalist for her Concussion Care app. She was honored with the Saint Maria Goretti Youth Distinction award this year, and she has been chosen as a direct admit student to the University of Evansville’s Physical Therapy program, where you will find her this fall. 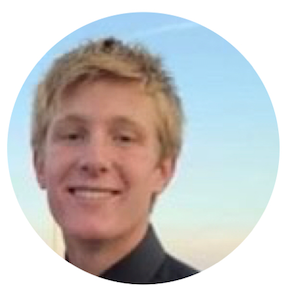 Gibson Southern junior Vann Rose was nominated by Andrew Bakes (Bawk-us), the Executive Director of Big Brothers Big Sisters Southwest Indiana, where Vann frequently volunteers. When Vann saw the impact of Big Brothers Big Sisters programming firsthand, he reached out to start a partnership between the organization and his school district. “Vann has spear-headed efforts to increase access to mentoring for the youth at his school and in his community. He also helped raise funds and awareness for our events.” said Mr. Bakes, who noted that Vann’s ambition and determination are two of his most wonderful qualities. Vann plans to become a Big Brother when he is 18. 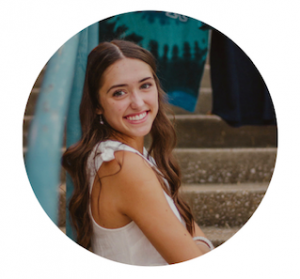 Reitz High School senior Mia Hape was nominated by her TEENPOWER Advisor Paula Harmon for her leadership in Reitz’s TEENPOWER club. Mia was crucial to helping organize and develop a grant project for Reitz’s TEENPOWER club. She helped organize committees and keep students motivated as they planned a Game Night activity before a Reitz basketball game. Mia worked to educate community members about the importance of TEENPOWER and was able to establish relationships with local businesses to obtain support and door prizes for the event. During the event, she helped keep up the energy in the room, educated attendees about the goals of TEENPOWER and took time to walk around to each table meeting with individual students and getting to know each of them 1 on 1. “She has a true heart for making others feel loved and included,” said her nominator Paula Harmon.

To learn more about the Hall of Fame and see a listing of this year’s sponsors and supporters, click here.